Despite a common narrative that immigrants are stealing citizen jobs, foreign-born workers drive and support the labor force. As fewer are allowed into the country because of restrictive rules, employers, reliant industries and the economy may suffer.

Bailey Nurseries first started hiring local refugees in 2011 after connecting to a group that helps resettle Karen, an ethnic group that continues to flee conflict in Myanmar.

Each year, the St. Paul, Minnesota, wholesaler hired more Karen, reaching a peak in 2016 with 200 workers joining its full-time staff.

In 2017, the flow of steady workers into the St. Paul community dropped significantly because  the Trump administration cut the number of refugees the country would accept.

In the wake of a tight labor market and an aging working population, the United States’ tighter refugee and admittance policies are putting a strain on employers searching for workers.

Immigrants and refugees tend to fill gaps in the labor force when unemployment is low and the pool of U.S. citizens is low, said Aparna Mathur, a resident scholar in economic policy at the American Enterprise Institute.

The labor force participation rate among the foreign-born population made up 17 percent of the total in 2017, up from the year before, according to the Bureau of Labor and Statistics. That share was 13.3 percent in 2000. The participation rate among the foreign-born population was 66 percent, higher than the country’s overall rate of people available for work.

“It does seem to me that this is the demographic that’s driving and sustaining the labor force,” Mathur said. 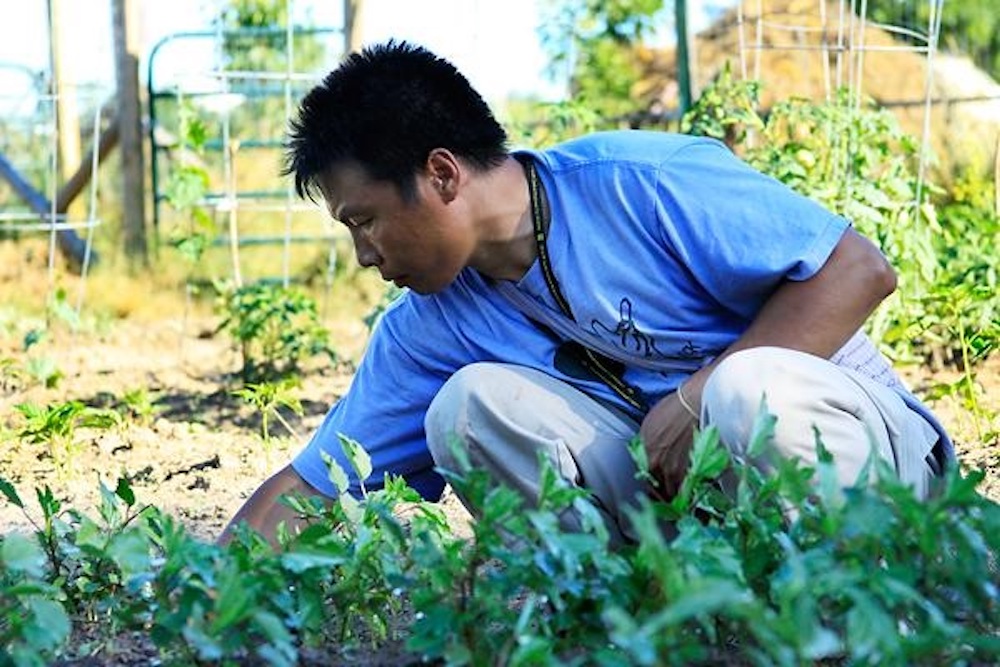 The Baby Boom generation once drove an expanding workforce. But those within it, born after World War II and before 1965, are hitting retirement age. Another headwind is at play now that the U.S. fertility rate, which has hit record lows in the past few years, is further shrinking the potential pool of workers.

“It’s good for the economy as a whole, it’s not just, ‘Oh, this employer needs some immigrant worker,’” Mathur said. “It’s a huge chunk of the workforce. And we need to have an open border policy so that workers who are willing to come can come in and work in these industries because, otherwise, we’re only hurting ourselves.”

Corners of the country where refugees are resettled are being hit by the Trump administration reduction of the country’s refugee admittance cap to 30,000, which was 110,000 in 2017, although the country took in 53,000 refugees, according to State Department data.

In Buffalo, New York, refugees helped soften the blow of a population that’s been declining since 1950. The city, which also tracks older than the national average, is struggling to find staff in the restaurant industry. The number of refugees coming into Buffalo has dropped since 2016, according to Eva Hassett, executive director of the International Institute of Buffalo and a former finance commissioner for the city.

Cities like Buffalo, New York, have lost population, but refugee arrivals can help soften the blow, according to the International Institute of Buffalo.

Hassett said upstate New York needs to continue accepting immigrants and refugees and attract them to the region. The state began the New York State Enhanced Services to Refugees Program in 2017 to offset the federal government’s funding cutbacks and continue providing new arrivals with resettlement resources.

“We ought to be first in line,” Hassett said. “Buffalo needs people.”